Weekly Riff from The Sound and The Story - Alter Bridge

WEEKLY RIFF FROM THE SOUND AND THE STORY 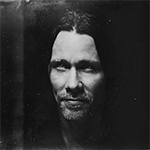 Singer-songwriter, virtuoso guitarist, writer; Myles Kennedy is a modern rock icon, with vocal chops that are equally as impressive as his guitar chops. 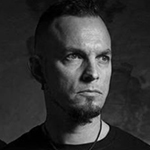 Guitarist, vocalist, Grammy award-winning songwriter; Mark Tremonti has blazed new trails in defining a modern rock sound all his own.

"Waters Rising" is a the third single from 2013's "Fortress", and was a noteworthy one as it marked the debut of lead guitarist Mark Tremonti stepping into the world of lead vocals on an Alter Bridge song. Mark has been singing for most of his life, but more recently has decided to take this skill to center stage, first with his 2012 solo release "All I Was", and next with this song in our featured video playthrough.

While the song is known to most fans for featuring Mark's vocals, in this version you're about to see here, we've stripped things back so you can easily see and hear the riffs and solos from this track with backing tracks from the band. Alter Bridge lead vocalist and guitarist Myles Kennedy joins Mark to demo these riffs. From the trademark finger-picked pedal tone intro that Mark is known for, along with some amazing unison playing, this song is jam-packed with great guitar hooks.

In regards to the song's lyrics and creation, Myles felt that when hearing the demo, that it was destined to feature Mark on vocals instead of himself, likening it to "the David Coverdale approach." Mark took lyrical inspiration from a fictional apocalyptic scenario. "Just watching the news every day, every week, it seems as though there's always some way for somebody to end it all. After I'd written this song and I'd heard what Myles had done for 'Bleed It Dry,' I was like, 'Wow, we both went there coincidentally.'"

Mark and Myles joined us in our Chicago studio to teach this song in full on their FRET12 DVD Documentary that details the writing, recording, songs and stories of "Fortress". If you'd like to see them teach this song, plus the rest of the record, make sure to check out this fan-favorite DVD, now available for download to your library on FRET12.com

Glassy Tone, Literally: The beauty of glass guitars with Morningstar

Weekly Riff from The Sound and The Story - John Connolly